BECKY QUICK: So, you went out of your way in the letter to say that you do think buying businesses outright is more expensive, even though you don't think stocks are too expensive here.

WARREN BUFFETT: No-- no question that, yeah--in this-- in stocks now, you have-- or businesses I should say you have a huge, huge, huge buyer. And-- that's not only-- and companies are eager to buy, too. But you also have private equity. And if, I don't know whether private equity-- it's-- it's flexible because they can call on their partners for more money and all that. But let's just assume that they would have a trillion available. Now, they use a lot of leverage. They call themselves private equity, but they're really private debt, you know, to a great extent. But that trillion might buy as much as, say, $3 trillion of assets if it's leveraged with $2 trillion of debt. Well, the total stock market is something like $30 trillion. And if you take the top five companies, you knock another-- or six companies, you knock four or five-- $4 trillion off that. So you're down to something where the buying power of private equity plus just the normal buying power from companies that want to get-- it's just a huge amount of competition.

BECKY QUICK: When you start looking around, is that-- do you think the private equity companies are overpaying for this? Or can they--

WARREN BUFFETT: --rather not. I mean, they obviously want to make the best deals they can. But they are in a game that is so much more competitive than it was for them. If you go back to a 1970s when. you know, when-- leveraged buyouts started, which are the same thing they're doing now but the name kind of lost its appeal there at some point. But the deals you could make then were enormously more attractive than the deals you could make now.


The Big Berkshire Hathaway Buyback No One Is Talking About -- The Motley Fool
Clicca per espandere...

Warren Buffett's next acquisition could be Target or CarMax, says Credit Suisse

intervista al FT:
Warren Buffett: ‘I’m having more fun than any 88-year-old in the world’


“People get smarter but they don’t get wiser. They don’t get more emotionally stable. All the conditions for extreme overvaluation or undervaluation absolutely exist, the way they did 50 years ago. You can teach all you want to the people, you can tell them to read Ben Graham’s book, you can send them to graduate school, but when they’re scared, they’re scared.” 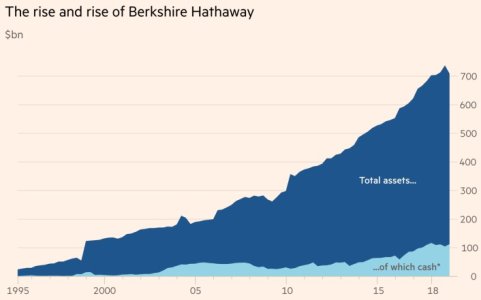 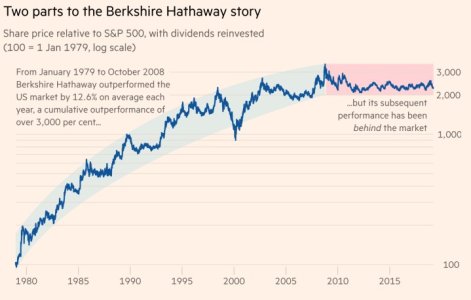 Berkshire Hathaway to invest in Occidental Petroleum for Anadarko takeover 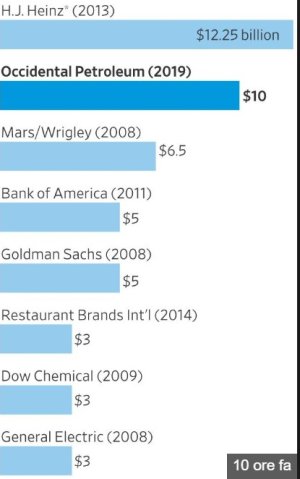 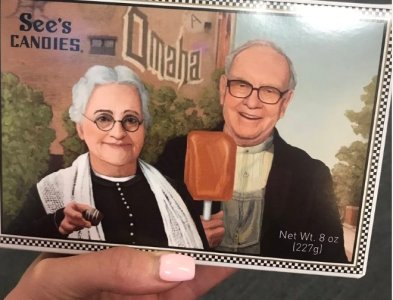 un retroscena sull'operazione occidental-anadarko:
Warren Buffett on how quickly his role in Anadarko saga came together