I think the best edge today is to have a longterm time horizon. This goes along with the idea that I spoke about before, to be able to act unconventionally, to be able to act without career risk. I think this is what causes mispricings in some of the largest, most well followed companies in the market, and Apple is an example of that.

When I first invested in Apple in 2016, it had a valuation of around $500 billion. In two years, it went to a trillion. Then inside of three months, in late 2018, it went down 40%, shedding about $400 billion in value in just one quarter. Then from there, it went back to $1.5 trillion in just a year, up 150% from $600 billion. All of this was before COVID. It just goes to show you how the largest, most well-followed stock in the world can fluctuate far more significantly than the underlying value of the business. Why is that the case? Why is there an opportunity with Apple? I think one reason is time horizon –some people didn't want to own Apple because they were worried about the next quarter.

In 2016, the word was iPhone sales had peaked, and there was competition coming from Samsung and other places, and people worried that the next quarter was going to look bad. But most people acknowledged that the long-term future was bright for Apple. There wasn't a lot of disagreement that Apple was going to be fine, it's a great company. But even the people that agreed on Apple's longterm prospects, still, in some cases, wanted to wait it out for a few quarters and didn't want to get in the way of a bad earnings report. If enough people share this view, it can create a mispricing.

I think there was also an analytical edge with Apple; this refers to looking at things through a different lens than others. In this case, I think some people were looking at Apple like a computer hardware company. A computer hardware company sells a commoditized product, margins will revert to the mean over time, and any excess returns on capital will be fleeting. They'll revert to the mean, and you'll never produce any excess profitability.

The other way to look at Apple was to view it as a consumer brand, along the lines of a Starbucks or a Nike. Nike makes a product from commodity inputs, manufactured overseas. Most of their products are essentially replicable commodities, but they get a 75% markup over their costs to make those products, and those gross margins exist because of the brand that Nike has. I thought Apple's brand was more valuable than Nike's, I thought its products are more differentiated. I've never understood why it traded at such a discount to the market, or to these great brands like Nike for so long, because I thought the brand was probably more valuable, and I thought the products were actually more differentiated.

I think the best businesses are the ones that can grow without capital. That's the royalty on the growth of others idea I mentioned before. The next best situation is when a company can reinvest its earnings back into the business at high rates of return. The intrinsic value growth rate of a business is going to compound at the rate of the incremental return on capital, multiplied by the reinvestment rate. I have another friend, Connor Leonard, who coined the term reinvestment moat. The classic example would be Walmart in 1975. They focused on being more efficient than competitors, passing savings to customers which naturally led to volume growth, and they reinvested all profits into building new stores in adjacent markets. They had a small footprint in Arkansas but were expanding across the country by replicating this simple business model. Walmart had very high returns on incremental capital, and it could reinvest 100% of its capital back into the business. I estimated the incremental returns on capital were 30% on average, and since they could reinvest all of those earnings back into the business, the earning power, and the underlying value of the business, was growing at 30%. Those are obviously great businesses to own if you can find them.

I think the great reinvestment moats of today are companies that are investing in ways that show up on their income statements in the form of sales and marketing expenses or product development costs, and much less through their balance sheet in the form of capitalized physical assets like store locations and inventory. Walmart showed GAAP profitability, but negative free cash flow, because it was taking on debt to invest in more locations, which were capitalized and amortized over time. Today, internet companies are growing by investing in product development and through sales and marketing, which are expensed on the income statement as they are incurred. They don't need to lay out money for new equipment, new factories, new stores, or new physical assets. But, just like the reinvestment moats of yesterday, these companies should continue to reinvest if they're earning high returns and if the lifetime value of the customers exceeds the cost to acquire those customers.

In any case, you want to understand the returns that any capital outlays are achieving and what the prospects might be. When a business gets to a certain maturity level, the smart thing to do would be to return capital to shareholders through buybacks or dividends. But if a business can create value by reinvesting back into the business, regardless of how those investments are accounted for, then they should make those investments. In other words, a lot of companies today are showing losses on their income statements just as Walmart was showing losses on its cash flow statement, but the steady state profitability of their model could be quite profitable. 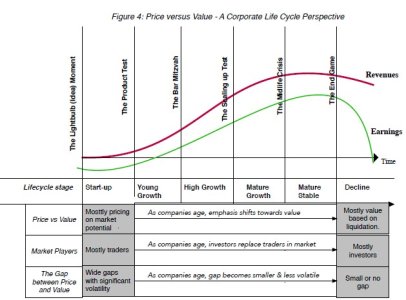 
"A company that grows its profits at 4% organically but is able to earn 10% returns on excess capital deployment by year five and convert 100% of its net income into high-quality FCF can grow EPS at an impressive 11.2% per year. Another company with a similar organic growth profile that is only able to generate 6% returns on excess capital deployment and converts its net income into FCF at a 60% conversion rate will only grow at 6.5% per year." 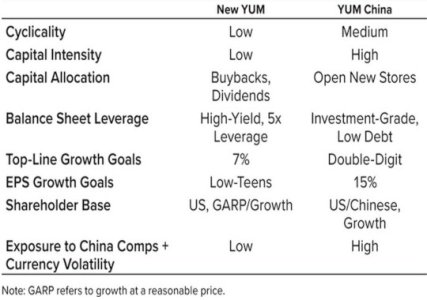 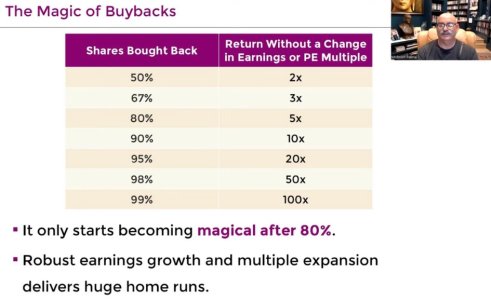 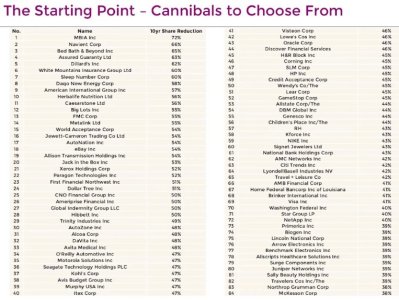