Dec 8 (Reuters) - Tesla Inc (TSLA.O) will shorten shift hours at its Shanghai factory and has delayed on-boarding of new staff at its most productive plant, according to a report by Bloomberg News, sending shares down about 2% on Thursday.

The factory in China will shorten shifts by about two hours as early as Monday, the report added, citing sources familiar with the matter. 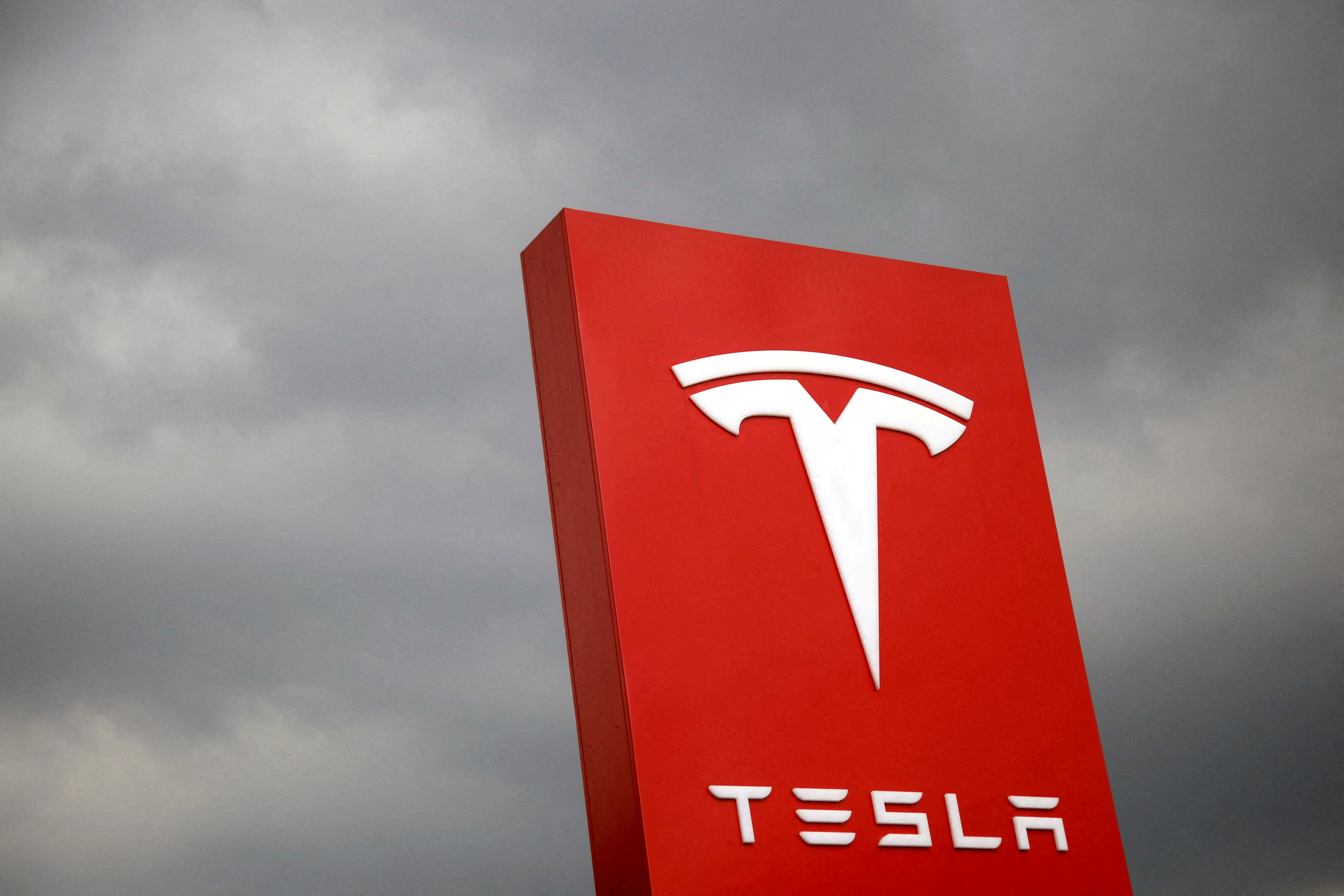 The logo of Tesla is seen in Taipei, Taiwan August 11, 2017. REUTERS/Tyrone Siu/File Photo
SHANGHAI, Dec 9 (Reuters) - Tesla Inc will suspend Model Y assembly at its Shanghai plant between Dec. 25 and Jan. 1, according to an internal memo detailing the automaker's latest production plan, reviewed by Reuters, and two people with knowledge of the matter.
The suspension of assembly at the end of the month would be part of a cut in planned production of about 30% in the month for the Model Y, Tesla's best-selling model, at the Shanghai factory, the two people said.
Advertisement · Scroll to continue
Report an ad
The Shanghai factory, the most important manufacturing hub for Elon Musk's electric vehicle company, kept normal operations during the last week of December last year.


It has not been an established practice for the plant to shut down for a year-end holiday, the two people said.
Tesla did not immediately respond to a request for comment.
Tesla is targeting production of just over 20,000 Model Y vehicles for the last three weeks of December combined, including the week of suspended output, according to the memo.

By contrast, Tesla had kept the output of Model Y at a weekly rate of about 13,000 vehicles in November, equivalent to 39,000 over a three-week period, the people said.
It was not clear how and whether output of the Model 3 would be affected by the planned suspension of output of the Model Y in the last week of the month. The Model Y represents the largest share of production at the Shanghai plant.
Advertisement · Scroll to continue
Report an ad
Reuters reported on Monday that Tesla planned to cut December output of the Model Y at its Shanghai plant by more than 20% from November. A Tesla representative had said then the news, which was first reported by Bloomberg, was "false", without elaborating.
Reuters could not determine the reason for the planned reduction in output at the Shanghai factory or the planned closure at year end.
The company's China operations have grappled with elevated inventory levels after the Shanghai plant completed an upgrade of manufacturing facilities in the summer.
Tesla added to its electric vehicle inventory in October at the fastest pace recorded for operations in Shanghai, brokerage data showed.
Since then, Tesla has been cutting prices and offering incentives to buyers in China. It posted record sales for November in China. On Wednesday, it offered a limited-time discount of 6,000 yuan ($860) to buyers in China on some models through to the end of 2022.
Tesla delivered 100,291 China-made EVs in November, the highest monthly sales since its Shanghai factory opened in late 2020, Xinhua reported on Monday, citing Tesla.
While Beijing made significant relaxations to its zero-COVID policy this week, an auto industry body said on Thursday that demand was weakening faster than expected. China's passenger vehicle sales fell for the first time in six months in November. The auto industry group said it expects sales to stay flat next year in the world's largest vehicle market - Tesla's largest behind the United States.
On a global basis, Tesla had planned to push production of the Model Y and Model 3 EVs sharply higher in the fourth quarter as newer factories in Austin, Texas and Berlin ramp production, Reuters reported in September.
The carmaker plans to start production of a revamped version of Model 3 in the third quarter of 2023 in Shanghai, as it aims to cut production costs and boost the appeal of the five-year-old electric sedan, Reuters reported last month.