The inflation rate structure of Polkadot is not finalized and is still under debate. The tentative inflation rate is currently 10%. At this point, 75% of DOT’s total supply is being staked to maintain the network and generate rewards.

Polkadot maintains a treasury where it stores a certain percentage of transactions and fees. To control inflation, it was initially decided through voting that 80% of the fees would go to the treasury, while 20% was to be distributed to the individuals who were staking their coins to produce the block.

In the previous paragraphs, you came across terms such as governance, staking, and transaction fees. There are three major ways that the native currency of Polkadot is used in maintaining and deciding the future of the technology.

Let’s see what these methods are in more detail.
Clicca per espandere... 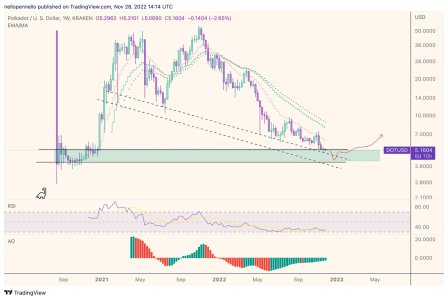